The WHO World Health Assembly established in 2007 a Resolution (WHA60.17) on oral health, which called upon countries to ensure that public health actions for disease prevention and health promotion are established. The objective of the present survey undertaken 10 years later (2017-2018) was to measure the application of such programmes for key population age groups in low-, middle- and high-income countries. 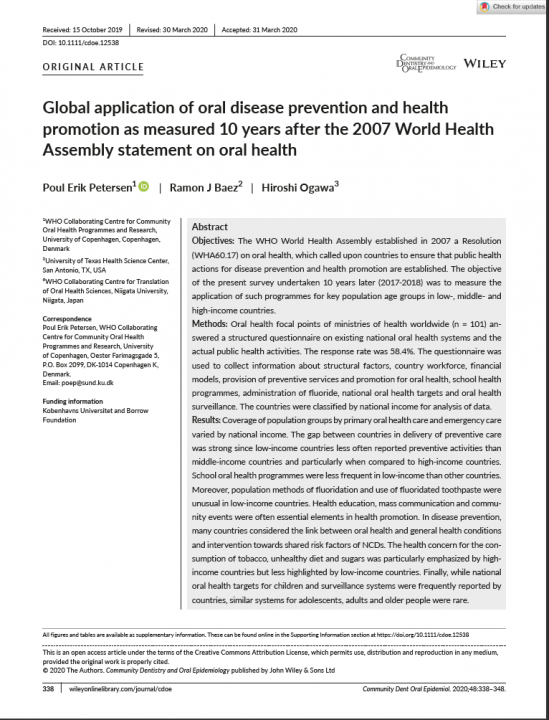