Nearly 20 education ministers and their representatives from 37 countries in the Asia-Pacific region endorsed the Asia-Pacific Statement on Education Beyond 2015 on 8 August, 2014, at the conclusion of the three-day Asia-Pacific Regional Education Conference hosted by UNESCO in Bangkok, Thailand.

The document represents one of the main regional inputs going into the World Education Forum next year, which will, in turn, inform the UN Summit in September 2015, where the final international development agenda for the next 15 years will be declared. The Bangkok Statement represents the culmination of the Ministerial Forum which concluded APREC as well as extensive consultations UNESCO has conducted with stakeholders since 2012. 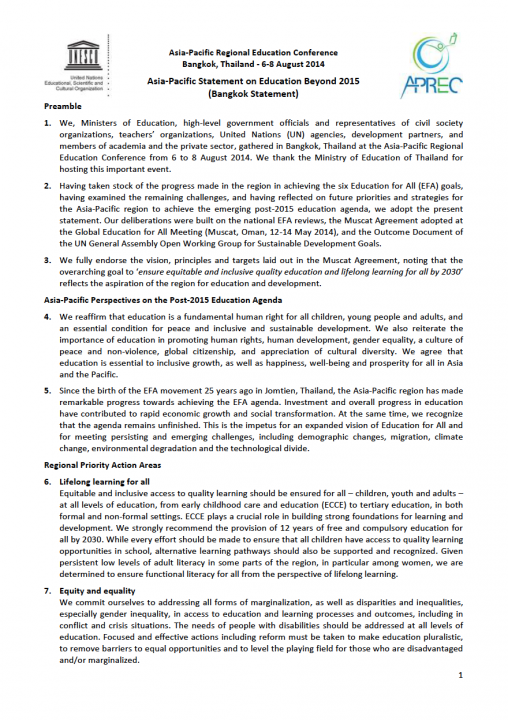